At Fundación AMA we have always thought of art, artists, and research as the driving forces of national and international culture.

The idea for the Foundation occurred to me because, when talking with people in the international art world I noticed that, outside of Chile and with few exceptions, there was very little awareness of Chilean art and artists. At that point I understood that there was a need to promote Chilean art abroad, hence the creation of the AMA Grant, for example.

As the Foundation has grown, we have realized that we should increas and diversify our efforts in order to broaden the scope of our mission as an art Foundation. Over the years, thanks to the various projects we have undertaken, we have become more deeply involved with artists and their works. This closer relationship has inspired us to know more, learn more, and gain a better understanding of how Chilean art and culture change, grow, and expand. It has also encouraged us to promote them wherever we can.

When Mari Carmen Ramírez approached us in 2018 to suggest that we should be part of this innovative project and collaborate with the ICAA-MFAH, it was one of those moments when everything clicked.

Being able to work with two fine Chilean researchers—Luz Muñoz and Sebastián Valenzuela—and with important international institutions such as the ICAA-MFAH to create a digital archive that would be available to the whole world dovetailed perfectly with our Foundation’s mission. We also saw that our responsibility went far beyond the work itself; we understood that this was a project we could be proud of and was a terrific opportunity to expose Chilean art to an even wider audience.

Looking ahead, our Foundation is committed to building a cultural legacy that we can share with as many people as possible. It is wonderful to be able to contribute to this free digital cultural resource that daily encourages more visitors to become immersed in art, history, and culture.

It is easy enough to grasp all this today when virtual reality is all around us.

But I can’t help thinking that it was almost 8 years ago when Mari Carmen and the ICAA-MFAH team launched this impressive project, at a time when its full impact was not yet fully appreciated. Thanks to that cleareyed view of the future, hundreds of thousands of academics, students, and anyone who is interested in art can now access records, archives, and documents about the history of Latino and Latin American art from anywhere in the world. We are immensely proud to be involved in an initiative of this magnitude, to be instrumental in putting Chilean art literally at everyone’s fingertips.

Today we are more convinced than ever that the future of art and culture does not depend solely on responsible collecting and exhibiting; it also relies on building archives and conducting research, on creating a legacy for future generations. In these turbulent times I believe it behooves us to remember that over the course of human history we have seen that great changes and challenges have spawned brilliant ideas and major avant-gardes, and have fostered the kind of fresh new discourses and knowledge that usher in new eras and empower them.

Art has always played a vital role in human resilience. Art allows us to observe and present the world from other perspectives; it connects us to our emotions and helps us to understand those new realities. Art is culture.

We want to continue to set precedents in the cultural world through the ongoing development of our alliances with institutions like the ICAA-MFAH that allow us to share our cultural legacy and keep creating new initiatives for conducting research and building archives.

Since its establishment in 2001, the ICAA’s mission has been to make available to the global community key primary sources for the study of Latin American and Latino visual arts free of charge.  That goal has led us to assemble a digital archive of more than 10,000 sources representative of countries like Argentina, Brazil, Colombia, Cuba, Mexico, Peru, Puerto Rico, Uruguay, Venezuela and the U.S. Latino communities. Such an arduous task would not have been possible without dynamic partnerships with key foundations, universities, and cultural institutions across the Americas. These partnerships contribute intellectual and creative capital to the goals that we set for the project thereby enhancing the range and quality of the sources that make up the digital repository.

The ICAA is thus honored to have partnered with Fundación AMA in the research and processing of valuable primary sources related to twentieth and twenty-first century Chilean art. Their participation has allowed us to complete and expand upon the work carried out early on in the ICAA Documents Project by the Chilean research team associated with the Universidad de Playa Ancha (Valparaíao, 2005-08). Our productive collaboration with Fundación AMA will allow users from all over the world to access the writings of scores of artists, critics, curators, and scholars from the Andean country. This is a groundbreaking achievement for an artistic context that has produced great artists but whose art, until now, has lacked broad visibility on the world stage. By making available these sources of Chilean art, Fundación AMA and the ICAA are encouraging new research on the country’s leading artists and movements and, above all, their relationship to international currents. What may result from these endeavors is likely to position the art produced in Chile in its rightful place in the history of Modernism and Post-Modernism.

We are extremely grateful to Juan Yarur for his vision and commitment to the promotion of Chilean art worldwide and to Bernardita Mandiola for her able execution of this institutional partnership. Our thanks also to the project’s lead researcher, Sebastián Valenzuela, for the intelligence with which he engaged the task at hand.

As we move into Phase II of the ICAA Documents Project, our close partnership with Fundación AMA will provide an exemplary model for future collaborations. 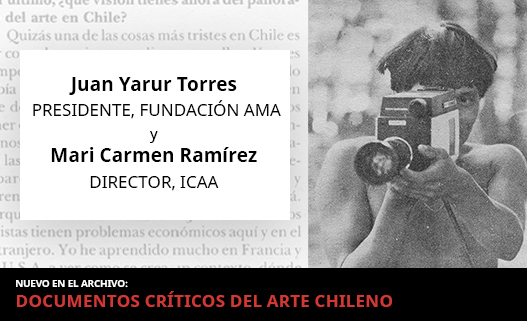 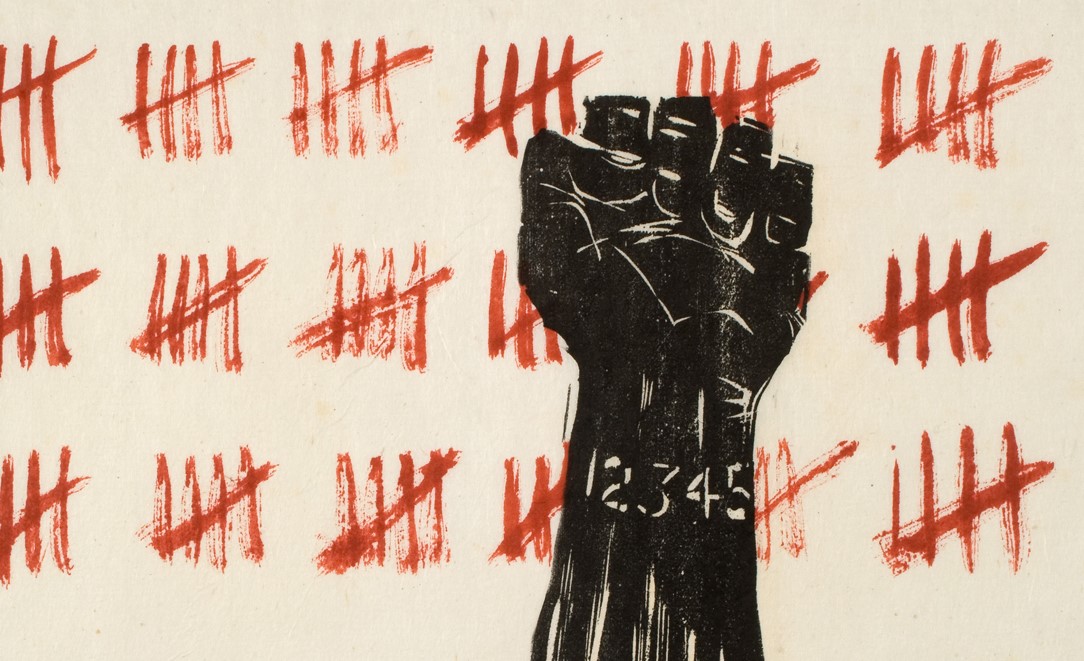 The ICAA is pleased to announce the winners of the 2019 edition of the Peter C. Marzio Award for Outstanding Research in 20th-Century Latin American and Latino Art. Named for the late, longtime director of the Museum of Fine Arts, Houston (MFAH), who supported the establishment of the International Center for the Arts of the […]